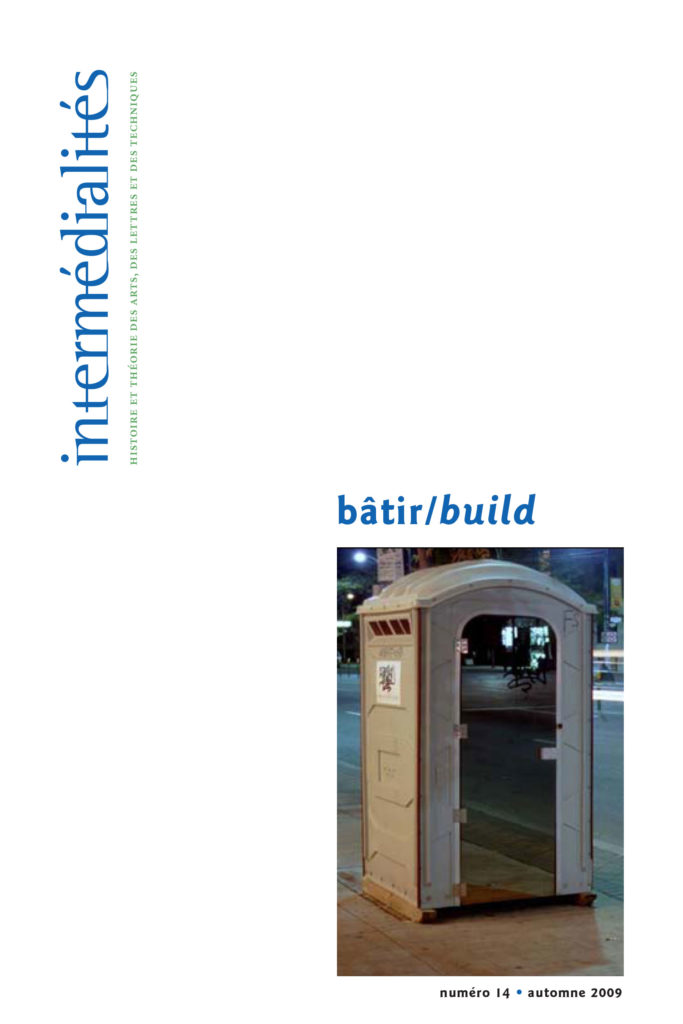 Guest-edited by
James Cisneros and Will Straw

This journal issue, entited bâtir/building, is dedicated to the city. Built, as the legend has it, around a crossroads, the city has always been a hub of communication and exchange, whether of money, products, signs or technologies. The city is an intermedial space par excellence, the stake of most theories of modernity—from Georg Simmel and Siegfried Kracauer to R. E. Park and Henri Lefebvre—but is it still the architectonics of the world of technical reproduction? Through the diversity of perspectives they present, the texts gathered here invite us to reflect on how different media have formed the shape and texture of urban spaces and on the relationships between media and the built environment. The articles are part of series of recent developments in two fields: on the one hand, media theory, which has turned to ideas of “materiality” and infrastructure and whose renewed focus intersperses current trends in cultural analysis; and on the other hand, architecture and urbanism within which the deconstructivist movement has challenged traditional notions of space and “ground,” which were supposed to condition the act of building.