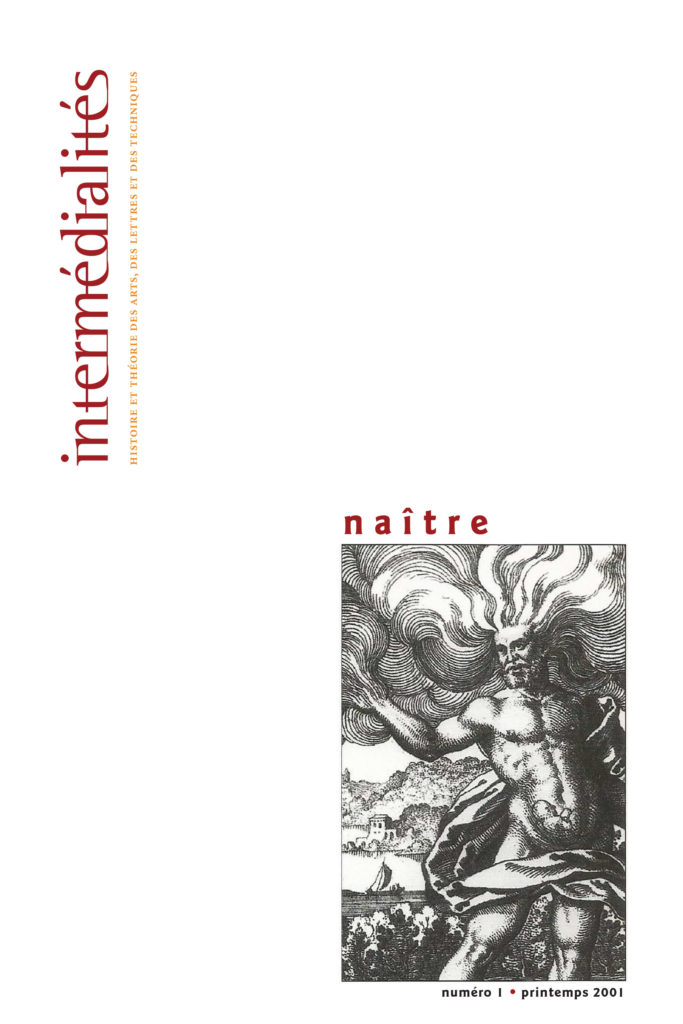 The birth of a concept—what is it and what new eras does it herald? In this inaugural issue, Éric Méchoulan, the journal’s founder, revisits intertextuality and interdiscursivity in order to outline intermediality as a heuristic concept, while Henk Oosterling and Silvestra Mariniello question the kind of inquiry dynamics that intermediality triggers. This issue also ushers in our series of thematic editions dedicated to practices or phenomena considered through the prism of intermediality. “Naître” (“Coming into being”) is concerned with six discursive subjects whose birth is analyzed—or which prompt us to reflect on their birth—as the nodes and effects of relationships, foremost among which is the relation to death. Six articles thus observe the birth of: a founding myth—the fall from paradise; the so-called “critical distance” posture in French theatre at the turn of the 16th and 17th centuries; Mircea Cărtărescu’s teratological poetics; the production of national identities according to Raymond Williams; performance in the virtual environment constructed by digital art; and a critical necromedia theory of the incorporation of new technologies into our daily lives.