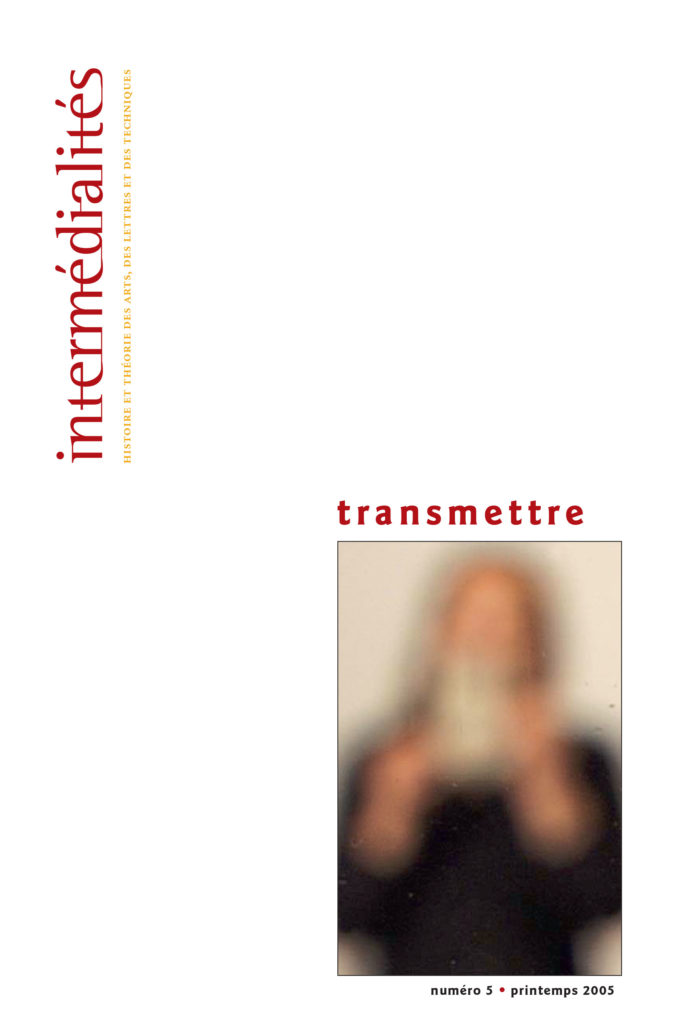 How can we understand that the transmission of truth is part of the truth of transmission? In this issue’s introduction, Éric Méchoulan identifies several broad questions, based on the case study of Plato and Protagoras’ dialogue on learning (and therefore transmission) of political virtue. The introduction reveals the importance of grace that attends to any act of transmission, but it also affirms the role of the people around us whose behaviour is exemplary, of the stories we hear in daily life and of familiar figures. The texts gathered here thus provide a counterpoint to learned virtue and explore, through particularly instructive case studies, what transmitting means in our modern polis, that is, in our spaces of appearance. The discussions in this issue will focus on the authority of mediation devices and artistic practices to transmit that which, as experience shows, seems to be destined to transience and loss or to conceal that which is actually being transmitted, but without disclosure. This is an opportunity to reflect on the idea of experience whose immediacy is only apparent.