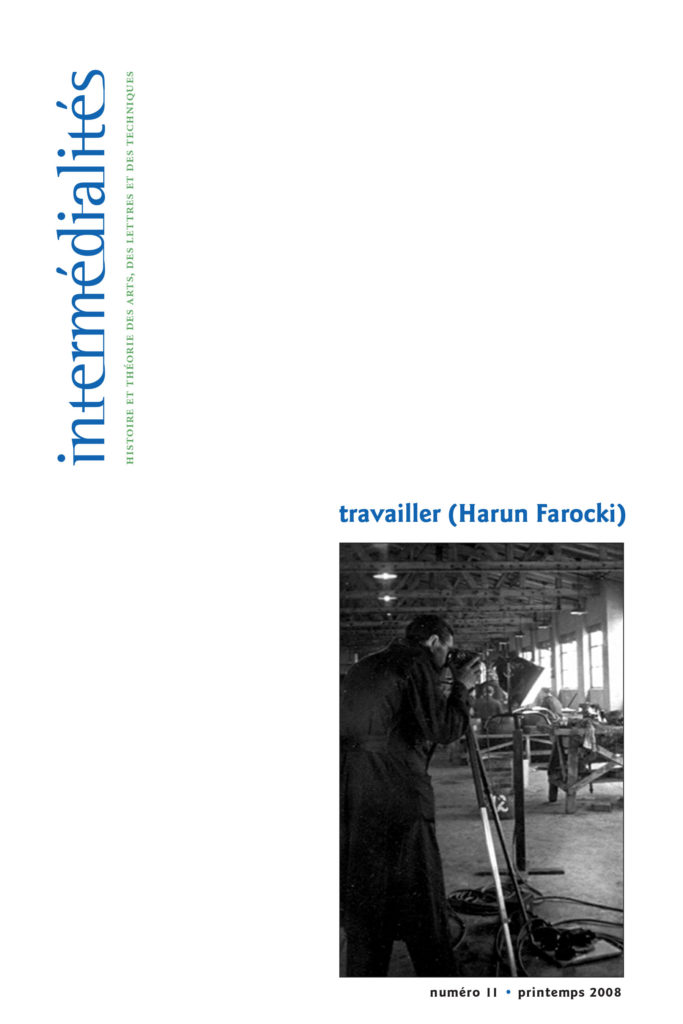 In its 11th issue, Intermediality addresses the theme of “working” using Harun Farocki’s art as a starting point. Initiated in a context where work in Western societies was characterized less by the transformation of raw materials than by the systematic relocation of jobs and an aging demographics, this journal issue was published in the midst of a crisis that gobbled millions of jobs thus amplifying the feeling that our very notion of “work” is changing. The articles gathered here show the extent to which Farocki’s art is marked by images and gestures specific to the sphere of work; but they also reflect on the filmmaker’s rigorous visual productions through which he maintains the necessary, and now precarious, tension between the world and its visual representation.