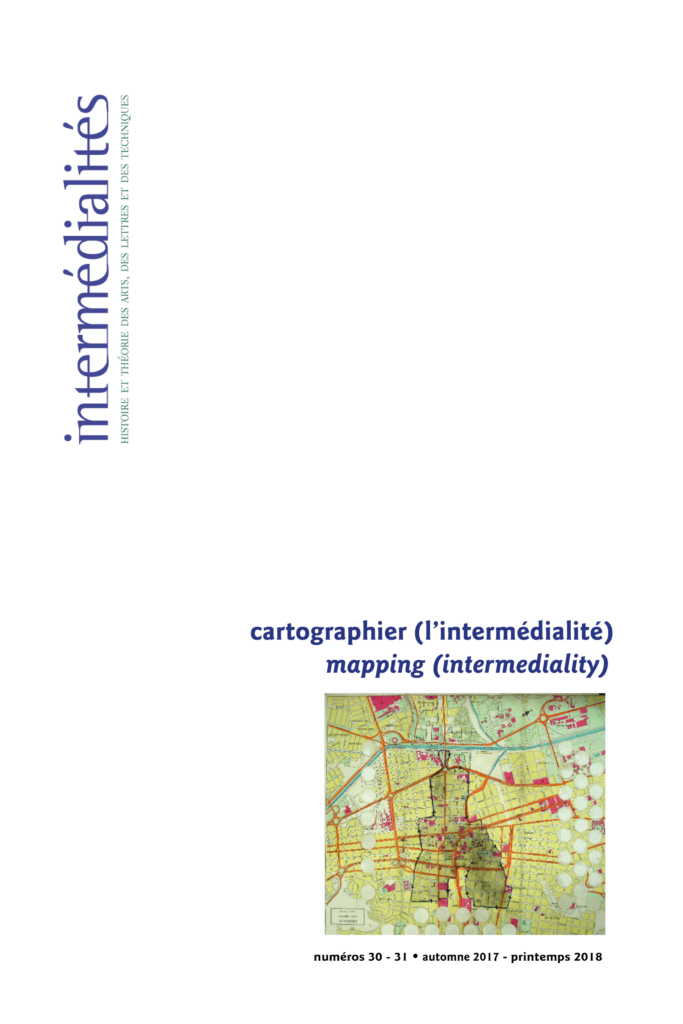 For over twenty years now, intermediality has radically transformed the ways we think about texts across media. It has introduced new synergies between disciplines, new ways of sharing and borrowing methodologically, and it has even established new lines of demarcation between academic cultures. Thus, as the journal Intermédialités/Intermediality celebrates its fifteenth anniversary, this issue charts the diversity of current conceptions of intermediality. Emphasizing the concept’s far-reaching international dimension, “Mapping (Intermediality)” focuses on the diverse institutional frameworks and methodologies that intermediality encounters as it traverses numerous academic worlds, as well as on the extraordinary variety of its objects of study. How does intermediality allow us to distinguish among academic cultures? Furthermore, is it possible to unify conceptions of intermediality based on an observation of those disciplines where it is routinely practiced, but often without much theorization (as is the case in literary studies, cinema studies, theater studies, anthropology, cultural studies, (video) game studies, etc.)? Or, rather, might it be language specificity and national research traditions, primarily, that consolidate understandings of what constitutes intermediality? What are some of the overarching concepts that emerging fields of study (in particular that of media ecology) owe to intermediality? And what is the connection between intermediality and important recent shifts in the humanities, such as the rise of digital humanities or new materialisms?