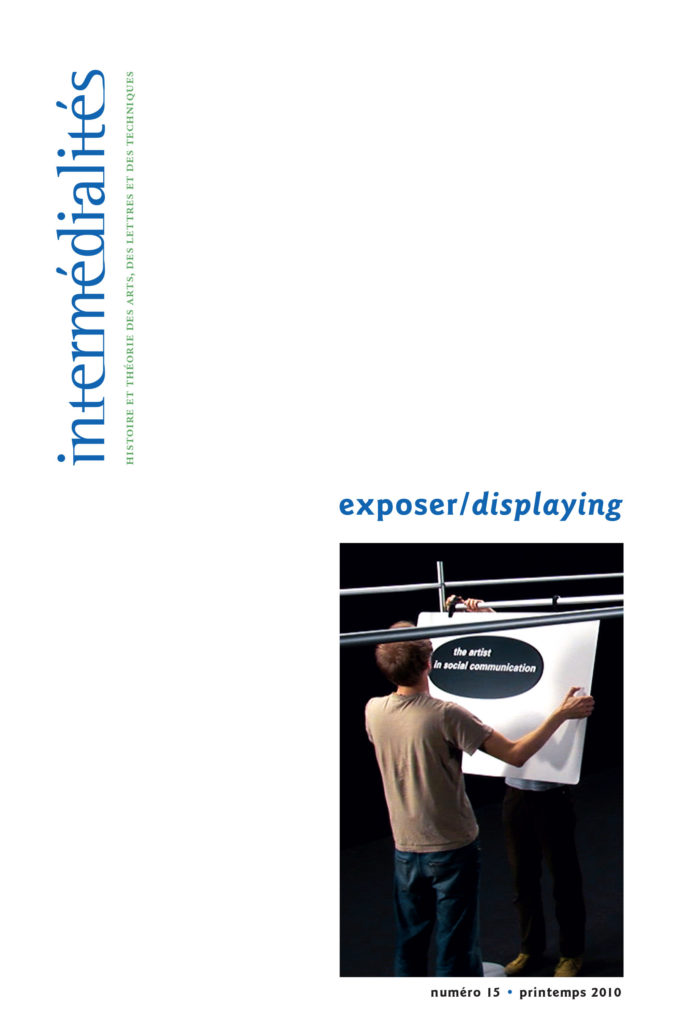 The inflection of the verb “to display” spans semantic fields that are, if not contradictory, at least ambivalent. Given the term’s polysemy and wealth of existing publications, this issue of Intermediality opts for a non-exhaustive mapping of this theme, which highlights both the scope of current research and intermediality’s heuristic relevance. By its very nature, an art exhibition is a priori intermedial: the act of arranging and ordering generates, within a given space and for a period of time, a form of discourse; it situates, represents and brings into contact several instances of enunciation (artifacts or “exhibited objects,” institutions, curators, visitors/consumers, artists…). In advance of any supplementary media device (museum labels, films, videos, photographic documentation), the exhibition is already a staged presentation that appeals to and seduces our senses through its kinship not only with theatre, but also with literary, photographic or film techniques. It thus appears as a configuration of different media whose relationships construct representations of space and time and produce meaning, discourse, power. The texts in this issue approach the exhibition as a phenomenon of modernity, question its relationship to memory and history, describe its ideological pitfalls, reflect on its temporality or identify its epistemological “mechanisms.”