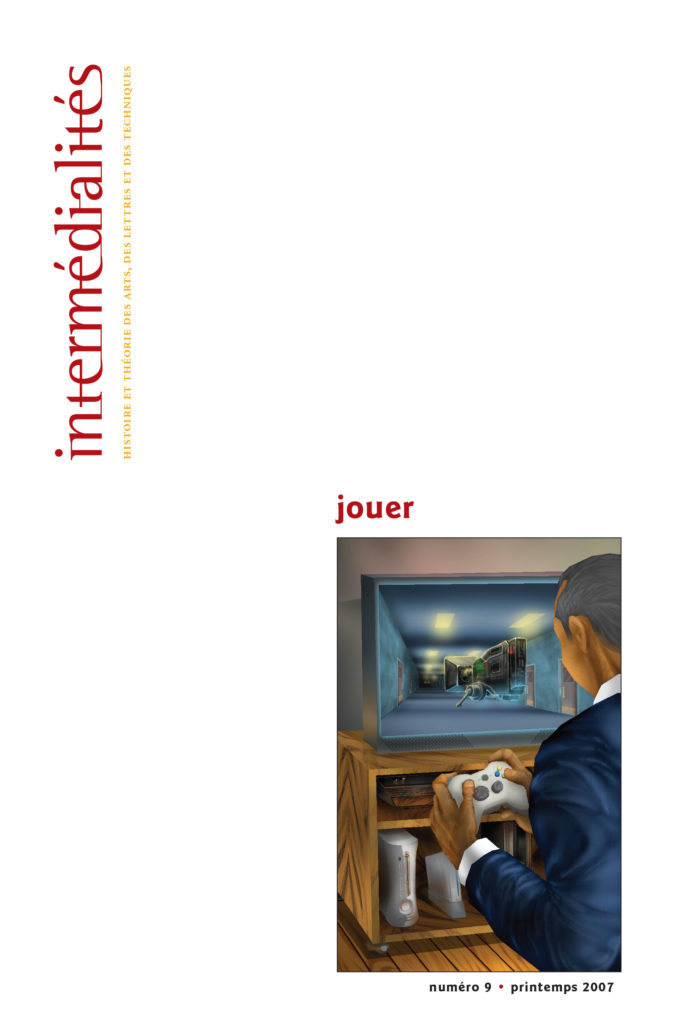 The importance of video games today lends credence to Dutch historian Johan Huizinga’s belief that “human civilization emerges and develops within the game and as a game.” The joy of playing is no longer restricted to childhood or sports. It is at the heart of our culture of entertainment, which exploits the convergence of media—film, television, video games, websites and toys—and captures new forms of consumer participation. Thus, cultural products made of texts, images and sounds aim at and authorize, to varying degrees, the reappropriation of fiction. Everyone can read, watch and listen according to their own preference and practice, adopting a playful attitude or identity. The texts in this issue therefore address the eminently playful dimension of fiction by examining the various processes of mediation within which it is inscribed.