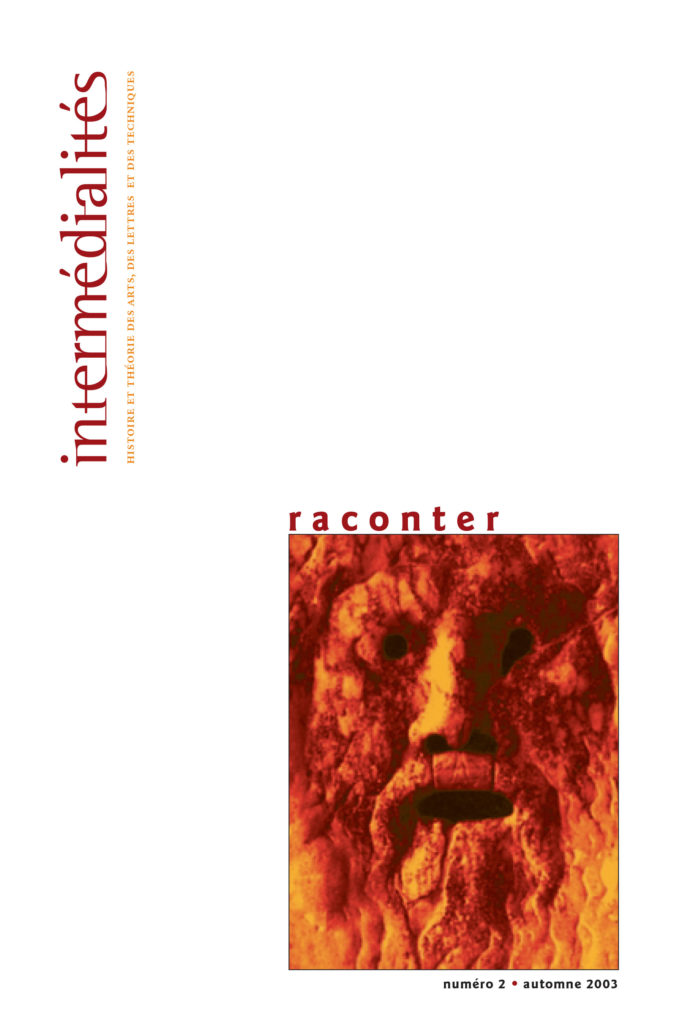 Storytelling undoubtedly originates in desire: the desire to tell but also to be told a story. The editors of this issue invite us to sidestep our habit of focusing on narrative (and its forms), story (and its variations), narration (and its modes or mediums) and to consider the “materialities” involved in the unfolding of stories. The texts grouped here introduce us to the “mediatic qualities” of the expressive elements in a cinematographic narrative; the mediatic conditions that determine the difference between telling and counting; intermedial memory that allows the narrative presence of the discursive subject to be revealed; the critical import of “thinning down” of language; and the mediatic devices that allow the experience of the self to be built into the story. But this issue also questions the epistemological relationship between narrative and medium in the cases when: the story of a technical practice becomes the precondition for the cultural recognition of an artistic medium (photography); the act of telling reflects on media techniques (as film adaptation); or when the filmed story of a man’s death guides the viewer to the threshold of the visible and becomes a celebration of image itself.