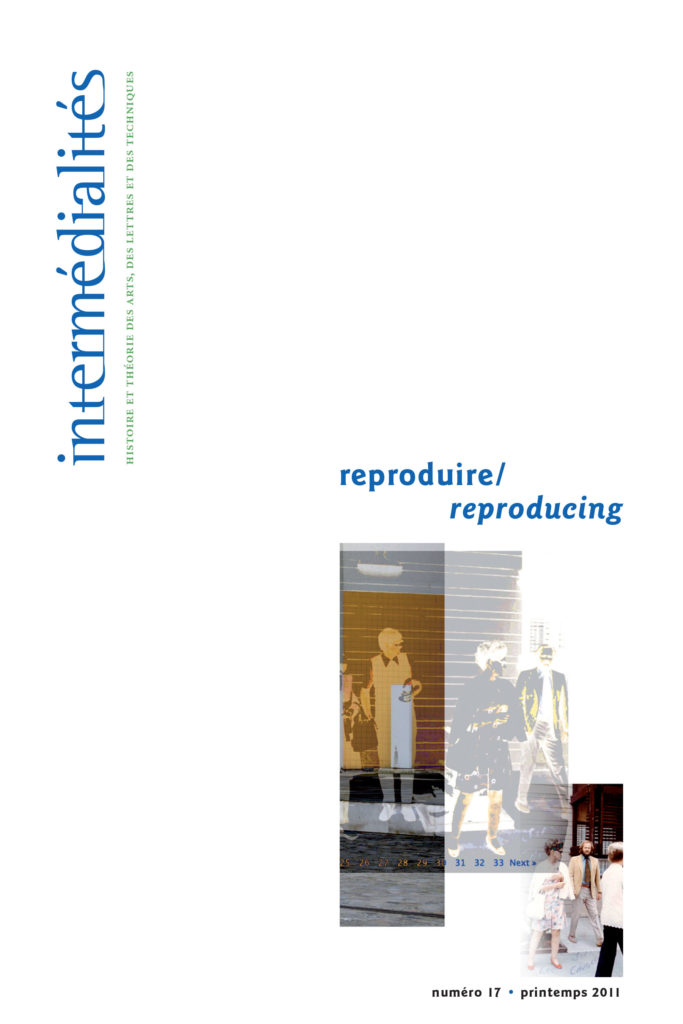 To reproduce is to transfer an object, a portion of territory, an image, a voice, an artwork from one material to another, from one medium to another, and furthermore, from one place to another and from one time period to another. Through their reproduction, works of art are thus made mobile and travelling, they hybridize and cross with other media. The desire to reproduce was, at first, as we know, a desire to imitate nature. By using artistic forms and manual skills—drawing, painting and moulding—we initially succeeded in copying the things of the world. And when it became possible to transpose nature into works worthy of admiration, we sought to duplicate them, first by hand, then by methods that allowed multiple prints, such as engraving and photography. If the question of reproduction is so topical, it is because everything today is destined to be duplicated and copied, to proliferate in order to better spread throughout the broad regime of digital technology, which has absorbed many techniques and whose codes make everything similar and infinitely reproducible. Copies and facsimiles of works of art and their temporal and spatial mobility constitute the broader contour lines within which—without being restrictive—this issue of Intermediality was conceived.