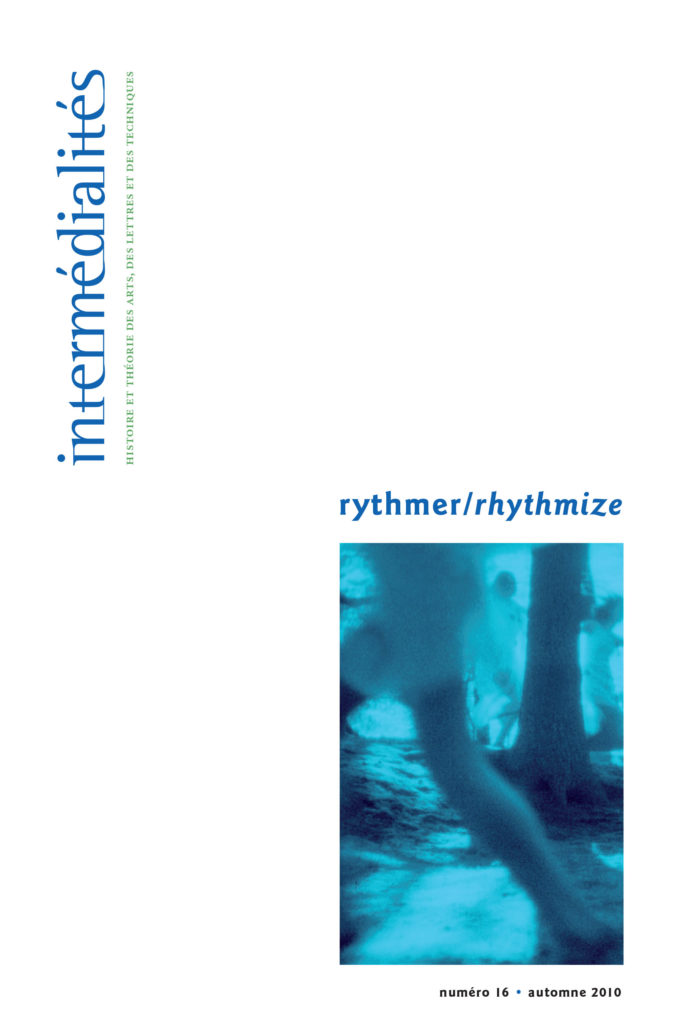 This issue addresses rhythm as a principle of intermedial organization. Interest in this concept is

growing in an array of disciplines, as evidenced by several recent collections of interdisciplinary essays on the topic and even the creation of a research platform dedicated to its study. For its part, the current issue considers rhythm as a way of thinking about mediality and intermediality in artworks, from the Middle Ages to the present day. To address the question of rhythm in art history is always to address the question of media, since rhythm is above all a modality by which certain artworks unfold or are received over time. As most of the contributions to this volume demonstrate, rhythm appears to be a factor of reconciliation, the common denominator of seemingly contradictory, opposing or conflicting phenomena. A point of convergence between aesthetics, science and even religious cosmogony, rhythm offers a general mode of conceptualization, which takes into account the technical and social transformations introduced by industrial modernity, while continuing to build on what could be considered an archaic foundation.